Joe thought his business was going really well and was fond of telling everyone how he had doubled his revenue in just two years, but unfortunately his cashflow was decreasing.Joe is the CEO of a growing IT consulting firm providing network management solutions as well as selling and repairing computer equipment out of a retail store.  He had grown his team to 25 people and has two silent partners who had invested money to get it going.

After the financial year end, Joe sat down with his accountant who delivered the brutally hard news. Yes, sales had doubled, but profit had shrunk – in fact, virtually disappeared. And not surprisingly, Joe’s business was quickly heading for a cash crunch. Consequently, his two silent shareholders were upset that he could not pay them their annual dividend.

He had fallen into the classic trap of expanding too quickly, offering long credit terms to acquire new business and generally stretching himself too thinly. His accountant showed him that if he continued on this path he would be out of cash in three months.

Joe had recently attended a seminar put on by his accountant on profit and cash improvement for small business.  He intended to follow up right away but had so much on his plate he didn’t. Now it was obvious to him that he had to make some changes.

Together, Joe and his accountant set up a planning and monitoring program. They started off by setting aside half a day to put together a high-level operating and financial plan for the business. Some of the action items from the plan included:

Twelve months into the project, revenue is steady but profit is now back to where it was, alleviating the business’ cash flow problems. 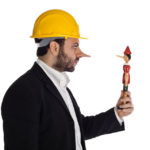