Enacted by Congress in 1969, the AMT Tax (alternative minimum tax) attempted to ensure that individuals and corporations that benefit from certain exclusions, deductions, or credits pay at least a minimum amount of tax.  The problem with this law is that the writers of the legislation did not add adjustments for inflation, so each year Congress has had to make provisions to adjust the numbers.

The American Taxpayer Relief Act of 2012 finally made the adjustment for inflation a permanent part of the law. 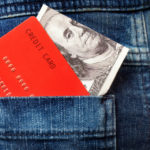